Home > Case Studies > How I Knew I Was Over My Ex: A Case Study 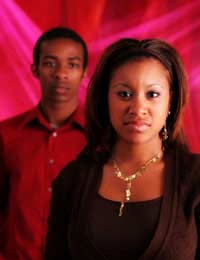 Amanda broke up with her ex of four years one year ago.

“I must admit the break-up hit me hard and I was extremely upset and the clichéd person who thought I would never get over it!

“It wasn’t an acrimonious break-up and my partner was very upset too – it just wasn’t working out anymore. We lived together which made things even harder.

“He continued to live there for a few weeks due to practical reasons, which resulted in many a tearful evening! Eventually he moved out.”

“As well as being single again, I also had to get used to living alone for the first time ever – I’d always lived with friends before I moved in with my ex.

“Friends did rally round me and took me out etc. but I am quite a private person and didn’t talk about the break-up that much. I talked about it a bit to friends but definitely not to my family – I wouldn’t feel comfortable.

“It annoyed me a little that people seemed to think I was over it so quickly, when inside I was still really upset a lot of the time. I wasn’t sleeping well and I was short-tempered and tearful. Of course it was my fault people thought I was fine and I suppose they don’t just want to keep asking all the time.”

“I kept in touch with my ex because we had agreed to still be friends, whatever that means when you’ve been together for four years! Speaking and meeting was hard though. I didn’t know how to act around him and I felt angry, upset and very guarded. He seemed fine about it which irritated me but I suppose it was weird for him too.

“Although I knew it probably wasn’t for the best, it was a natural instinct to call my ex if something bad or good happened. I texted him first when I got a new job and I called him when I had my bag stolen. He would often call me for a random chat as well.

“Despite this, I did feel very lonely but I most definitely wasn’t ready to see anyone else for months after. I felt too tired and a bit fragile.”

“After a while, I found that my ex was getting on my nerves more and more and when he would suggest meeting up, I often didn’t feel like it or would rather go out with the girls. I became closer to my friends as I was seeing them more and more. Increasingly I would confide in them, where before it would have been him.

“When I thought about things one day, I realised I didn’t feel upset about the break-up anymore and I was happier than I had been for ages. I still care about my ex in a way but I have moved on. We are still friends but we have sort of drifted apart which I think is for the best.

“I would say I am over it now and I am open to meeting other people. If I saw him with someone else, it would sting the first time. At the same time, though, I want him to be happy.”

Making My Long Distance Relationship Last: A Case Study
Share Your Story, Join the Discussion or Seek Advice..
@Witsend - if it is jointly occupied she can. She could also apply for the courts for an occupation order, it doesn't mean she will get it, but dependent upon the circumstances, the courts may decide on what is in the best interests of your child, given there is a child in involved. I have included a CAB link here . I hope this helps.
RelationshipExpert - 23-Mar-15 @ 11:57 AM
I bought a house with my ex and after 10 months she left me and now lives in private accommodation we have a child that I have regular access and pay maintenance. I have struggled paying the morgage on my own. My ex refuses to remove her name from the morgage and now wants to move back in after a year apart can she do this?Any advice? Thanks
Witsend - 19-Mar-15 @ 3:49 PM
Title:
(never shown)
Firstname:
(never shown)
Surname:
(never shown)
Email:
(never shown)
Nickname:
(shown)
Comment:
Validate: